Lu... It seems that I didn't make it into the mirror (it should be at the very edge, because there are too many boxes...), so the next article should be the FP-60 unboxing article! !

Keke ~ The outer box is basically a little smaller than the RP302, and it feels significantly smaller, so we will skip the unboxing and assembly.

(Why? Because the editor is a professional, this step is very fast ~ it will be completed in the next line).

It is faster to look at the entity directly. After it's installed, it doesn't seem like it's so small... But I like this black editor very much. You can call him fog black, matte black, and obsidian black (who invented it?), without any wood grain at all (clean). The same is a slider design, have you noticed that Roland's logo has turned into silver? This kind of black is actually less afraid of scratches (scratching will not be too obvious).

From the front, the function keys are all sitting on the left (only four keys??), the front is completely absent, and the height of the back panel has become lower. 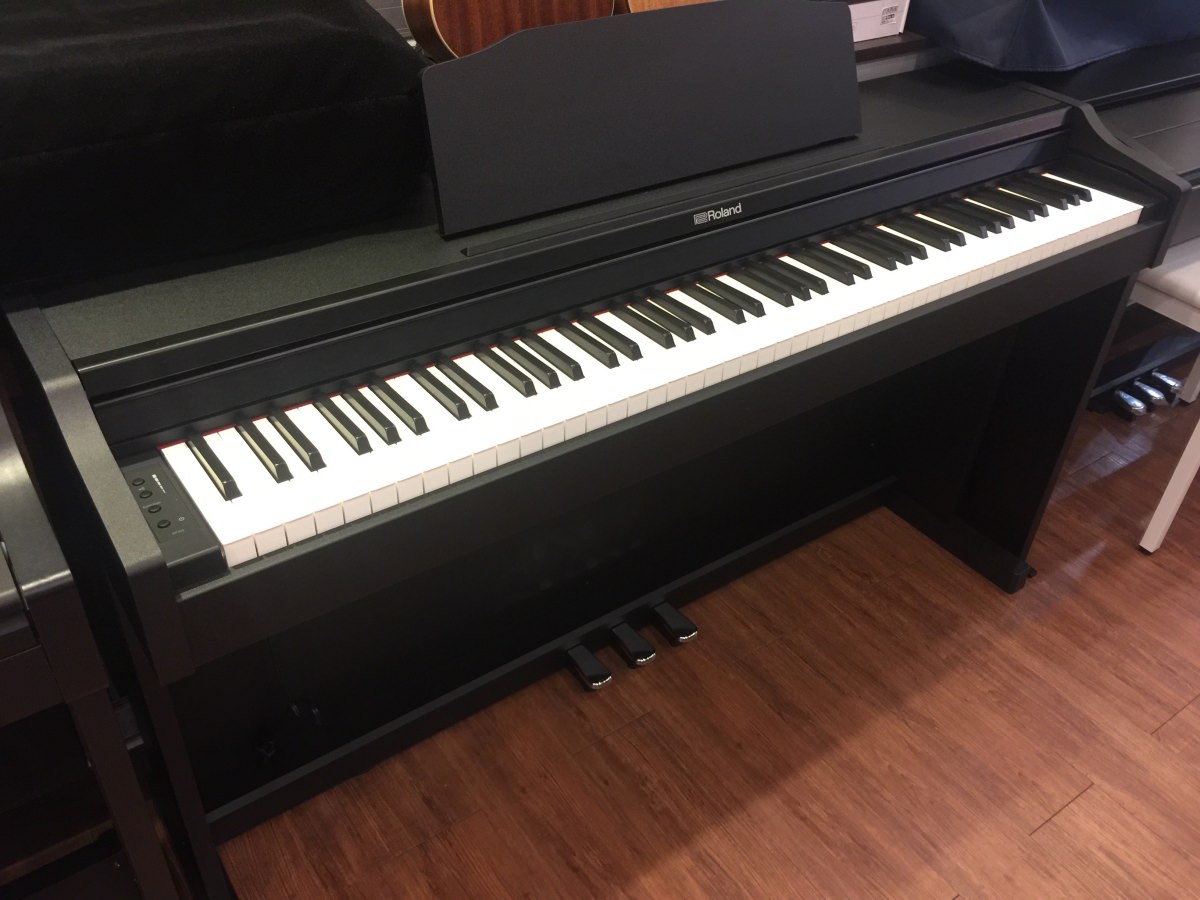 It's really very simple, but in fact, there are not many functions, but they are all hidden keys sitting in the keys (Function + a certain key = a certain function switch). If you think it is too troublesome to memorize the function keys like this, sometimes you have to read the manual, directly connect to the bluetooth to open the app of your piano partner 2, you can still operate all the functions, and there are more sounds? ? Here is a beautiful photo of the three-tone pedal, which supports half-pedaling (can make more timbre expressions), and the middle pedal is still part of the key sustain (not damper) that imitates a grand piano. Let me summarize, the RP-102 has only 11 timbres in total, but after connecting to the bluetooth, the timbres will become more numerous, and the operation can also be opened directly on the app, with more automatic accompaniment and automatic chord functions. , so it is strongly recommended to use it with the app to maximize the function of this piano.

Tone is of course the core of Roland's technology, and the appearance is designed as a household electric piano.

In fact, it is still to protect the keys. Although the wattage of the speaker is only 6 watts, it is not very loud to practice at home.

(And may have to wear headphones to practice), if at this price,

Xiaobian thinks that the RP-102 is a piano suitable for friends of all levels. It has good keys, good timbre,

It's interesting and looks good, so why not buy it?

This RP-102 must be the mainstream of the market in the coming year!